Kairos therapy is an individual journey, intimately personal to each client. A therapist will respect confidentiality at all times, and will never share personal information. The following quotes and experiences are shared with the prior consent of individual clients, happy to share their positive and varied experiences of Kairos therapy, and how it has helped them.

‘I used to suffer incapacitating migraine, and no medical intervention could lesson the symptoms - I would have to go to bed. I have now been migraine free for 10 years, due entirely to receiving Kairos. Although, initially, I did not receive work specifically for migraine, they began to lessen both in duration and frequency until I was clear of all symptoms.’

‘Without Kairos therapy, I would be like so many people today…chronically ill, full of prescription medicines, hopeless and depressed. Instead, after only three months of Kairos, following a complete mental and physical collapse, I am 100% healthy in every way.’

‘Kairos has helped me deal with my emotions better by making them more easily identified. In a sense, it has separated them from each other - previously they were very mixed up with each other.’

‘I used to get headaches all the time, I haven’t had any since my Kairos therapy.’

‘I used to have feelings of anxiety in my stomach every day…I’d had them so long I thought it was normal.’

‘I wasn't exactly sceptical, as I am open minded about these things, but what I wasn't prepared for was just how different I would feel.’ 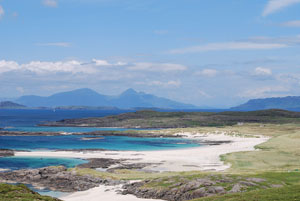 I don't know how it works, I only know it does.